When we first arrived and wandered around the clean streets of Vancouver for the first time, my first though was ‘where is everybody?’. Having been used to London and, even on many occasions, Nottingham streets being fairly packed on a normal shopping/working day I was a bit perturbed by the fact that you could walk along a pavement block (the bit between roads on the grid system adopted in the city) and be pretty much on you own. That all changed last Friday.

I ended up getting stuck in and landing a job as a tech/stagehand for the opening ceremony at BC place stadium, which meant on the big day I was right in there high-fiving athletes as they walked past on their way to the stage, seeing Donald Sutherland speed past on a golf cart on his way to pop up from under stage, etc.  The company who are responsible for putting on the show (DAEP) are one of only two or three in the world who do this sort of thing. It is massive on a massive scale. Huge armies of people are responsible for makeup, hair, costume, cleaning, stage props, fireworks, set building, and catering.
The resulting show was amazing, despite a major hiccup after a chain broke on a mechanical shutter, casing only three of the four Olympic flame ‘arms’ to extend on the big moment at the end.  The excitement backstage is huge with cast members coming on and off stage whooping uncontrollably. The athletes enter and walk around an underground perimeter, collecting their national flag on the way, then enter the stage to a deafening roar.  That experience alone makes you instantly realise why the Olympic games are so special to those who compete. It’s a chance to shine in front of thousands at venues, millions on television and billions on the web. 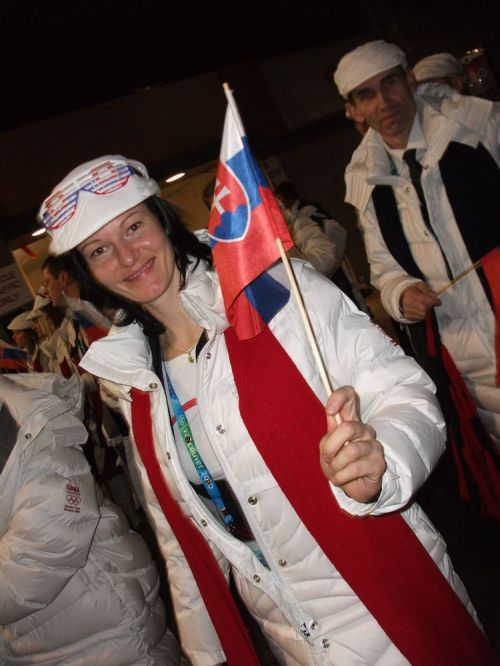 Some of the various athletes I met: Slovakia!

Morocco! Only one athlete! 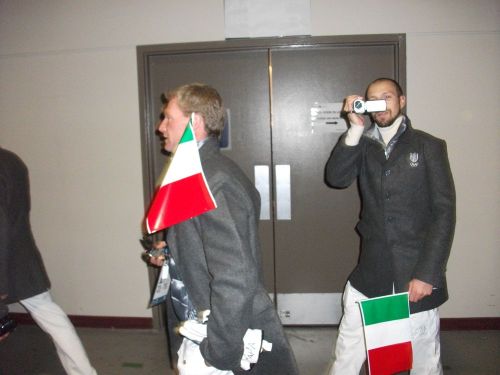 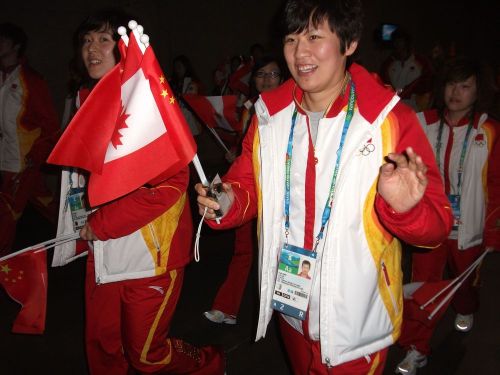 China. High fives all the way!

Great Britain!
Team GB enter the arena
So now the place is rammed with tourists, media, athletes, coaches, officials, touts, beggars, students, hangers on and of course me and the wife (www.nicolaunderdown.com). There are parties every night so I expect we’ll spend the next week soaking it all up before closing ceremony rehearsals start and they need some help shovelling fake snow!

Shovelling up the fake snow ready for the closing ceremony. The stage is bigger than a football pitch.
Not forgetting the sport, we’re off to watch the Women’s Skeleton in Whistler on Friday (one of GB’s major medal hopes) and the Curling in Vancouver on Saturday (the other).  Here’s hoping for a medal.
You can see more pics here http://www.facebook.com/album.php?aid=186633&id=629014327&l=17175e8f68