We’re back in the UK. It’s been a year. It’s gone very quickly.
Looking back it has been an amazing experience and one which we’ve been very fortunate to have. It has been expensive, yes, but you spend so much of your life piling up mountains of gold, sometimes it’s necessary to ask yourself why you’re running in a hamster wheel every day and not getting to do what you actually want.  That said, we haven’t totally blown the bank, we’re not *that* skint, we’re just in need of a bit of firm ground to put our feet on for a while.
Despite the promises of ‘Frozen Britain’ in ‘Chaos’ we had from the British media, our flight home was fine with only a measly 4 hour delay to cope with!  Most of our trips back over here (there have been 3 in all) have been a shock to the system to start with, from the bad attitude of people everywhere to the overcrowded feeling you get in most places. This time, however, the recent snow and the imminent arrival of Christmas meant that all of the usual stuff I get depressed about faded into insignificance.  A little stroll down to the village of Hartford in the snow helped, despite the fact that I couldn’t post a letter or buy any stamps and was treated like shit by the woman on the counter at the local supermarket! 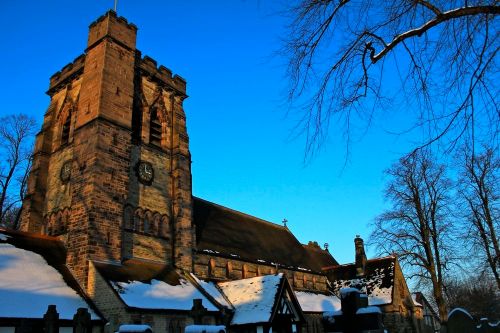 Hartford village in the snow
The snow is great. It makes me happy. We even went sledging on a golf course today. 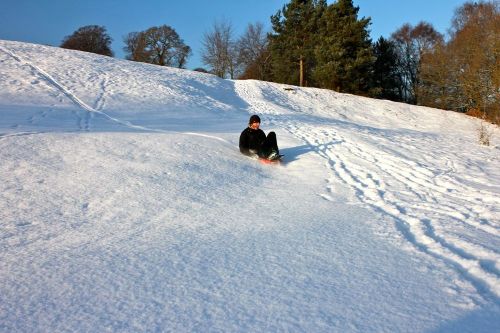 Sledging down the 17th fairway at Sandiway Golf Club in Cheshire. Don’t tell the groundsmen.
We have been quite used to it all though. The final leg of our Canadian odyssey started in mid-December.  Since our experience there in the Autumn, we had planned on re-visiting the BC interior and the Rockies in the winter and this was our chance to do it. The snow had been falling on the west coast of Canada so it was perfect timing. A short hop up to Whistler for a day on the slopes began the journey, and then we headed East to some of the most spectacular skiing and riding we’ve ever done. To save me explaining it all, I decided to do it in video. Here are the fruits of my labour (most of said labour was done during the journey back to Britain). Enjoy!
Seven Days…Three Mountains
So it’s back to work in the new year. Plenty of good times to be had I’m sure, especially if the snow sticks around. I’ll keep the blog going but perhaps not post quite as often! Hope you enjoyed it. 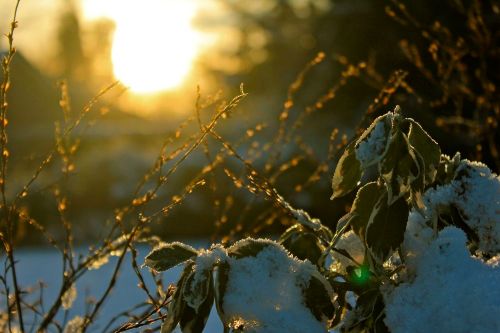 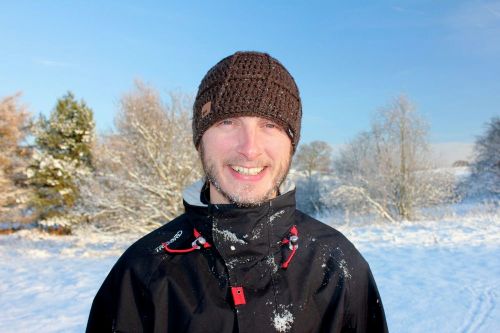